Coke In The Midas Touch

In late winter 2022, I began using procreate more for my drawings so i could work more on the go instead of bringing my laptop and Wacom tablet with me everywhere. I made this illustration called Coke In The Midas Touch inspired by the song “Oats In The Water” by Ben Howard.

The lyrical concept of the phrases “Oats in the water” and “Coke in the Midas Touch” allude to imperfections – waterlogged oats, no longer fit to eat; coke (a metallurgical item used in iron smelting, representing impurity in this context) in what should be the pure gold touch of the Midas of Phrygia, who turned everything he touched to gold in ancient Greek mythology.

Another conceptual tie-in is with a line from The Canterburry Tales: “If gold rusts, then what of iron?” which further connects when the full context of the lyrics is considered: 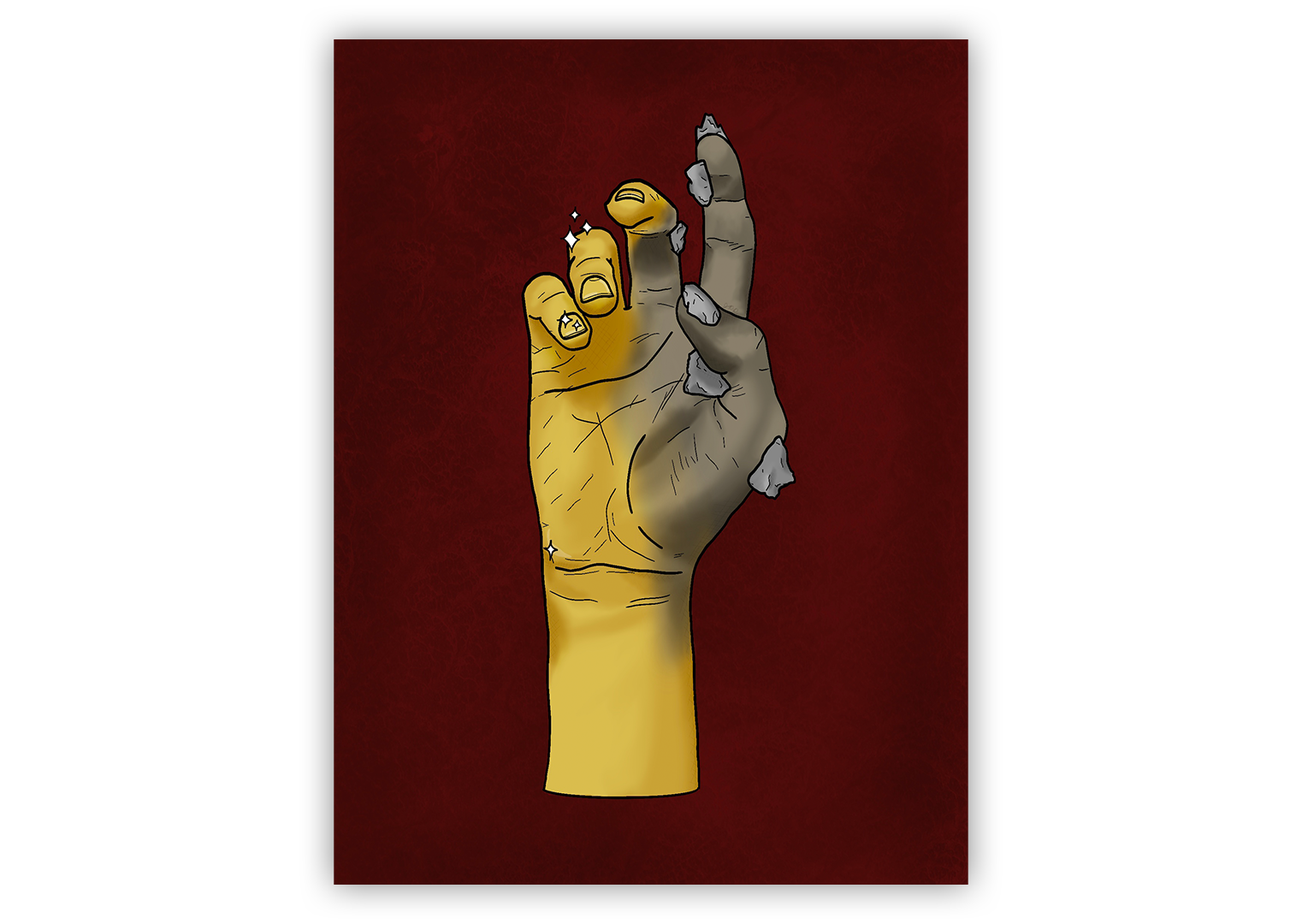