This illustration was inspired by some of the time I spent in spring 2022 playing Elden Ring – the game itself has some incredibly creative environments and designs, and I found myself wanting to try all sorts of different illustrations based on different things from the game.

However, around this time, I’d just gotten used to illustrating in procreate instead of Clip Studio, so I wanted to test my skills in making something simple, but high quality. Most of the interesting character and environmental designs in this game are incredibly complex, so instead, I picked one of the random glowing-eyed skulls you often pass by as you wander through the game’s massive world.

This made the initial sketching phase a lot quicker – I found a reference image (see the first image in the carousel to the right) and traced basic outlines over the skull, then drew lighting and shading zones to lay out a blueprint for later (Carousel Picture 2).

Lastly, I imported the Elden Ring symbol from the game’s promotional art, masked it out, and did some light blurring and other tweaks to make it look a bit more distant but not so far that its light wouldn’t hit the main subject. I added a bit of a golden glow to the top of the skull to simulate the light reflecting off of it, and added the glowing orbs in the eyesockets along with some more lighting adjustments around the eyes to really define the three main sources of light, being the golden symbol in the sky, the glowing orbs in the eyes, and the natural light from the viewer’s perspective.

See the final image up close below! 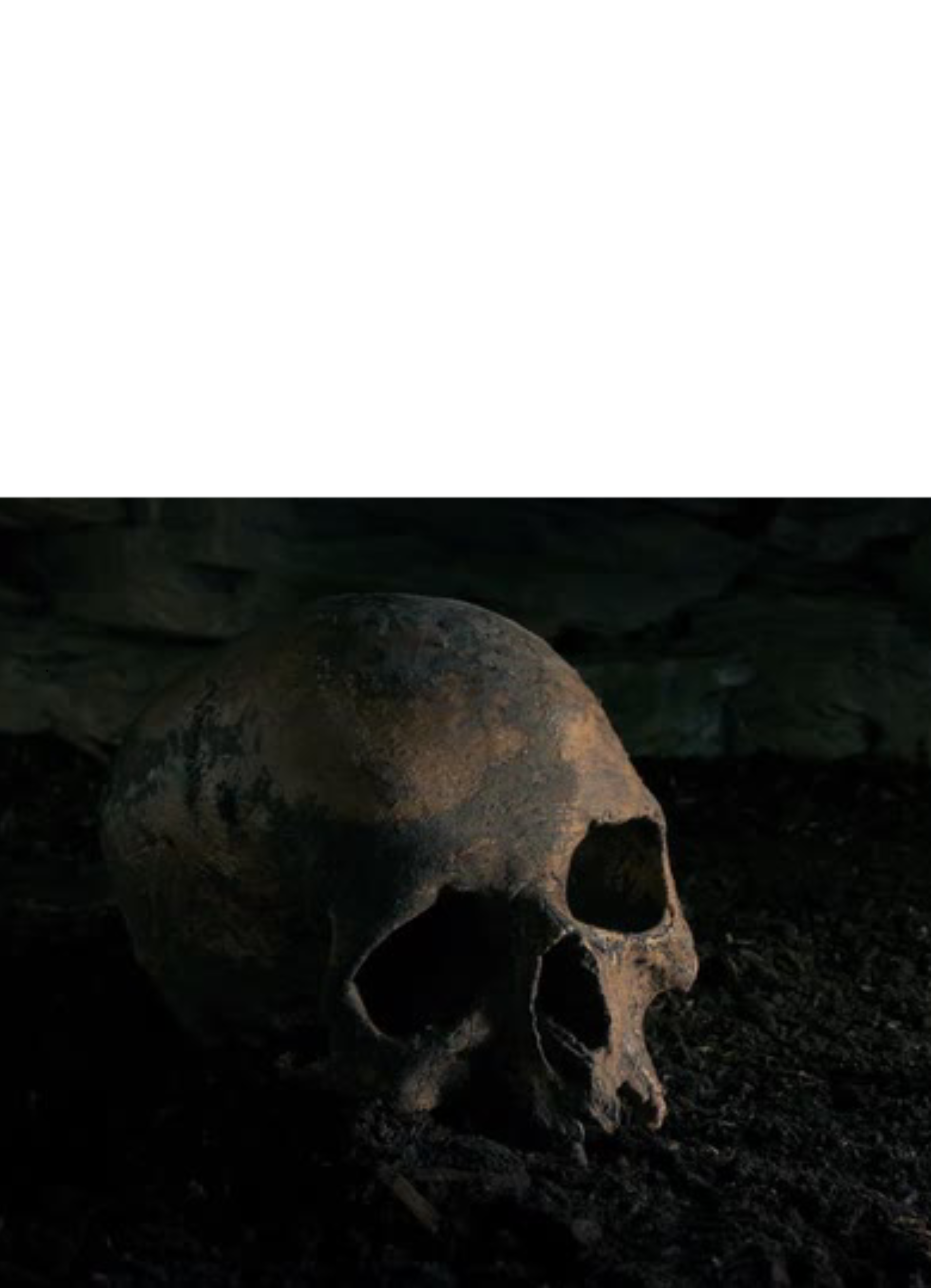 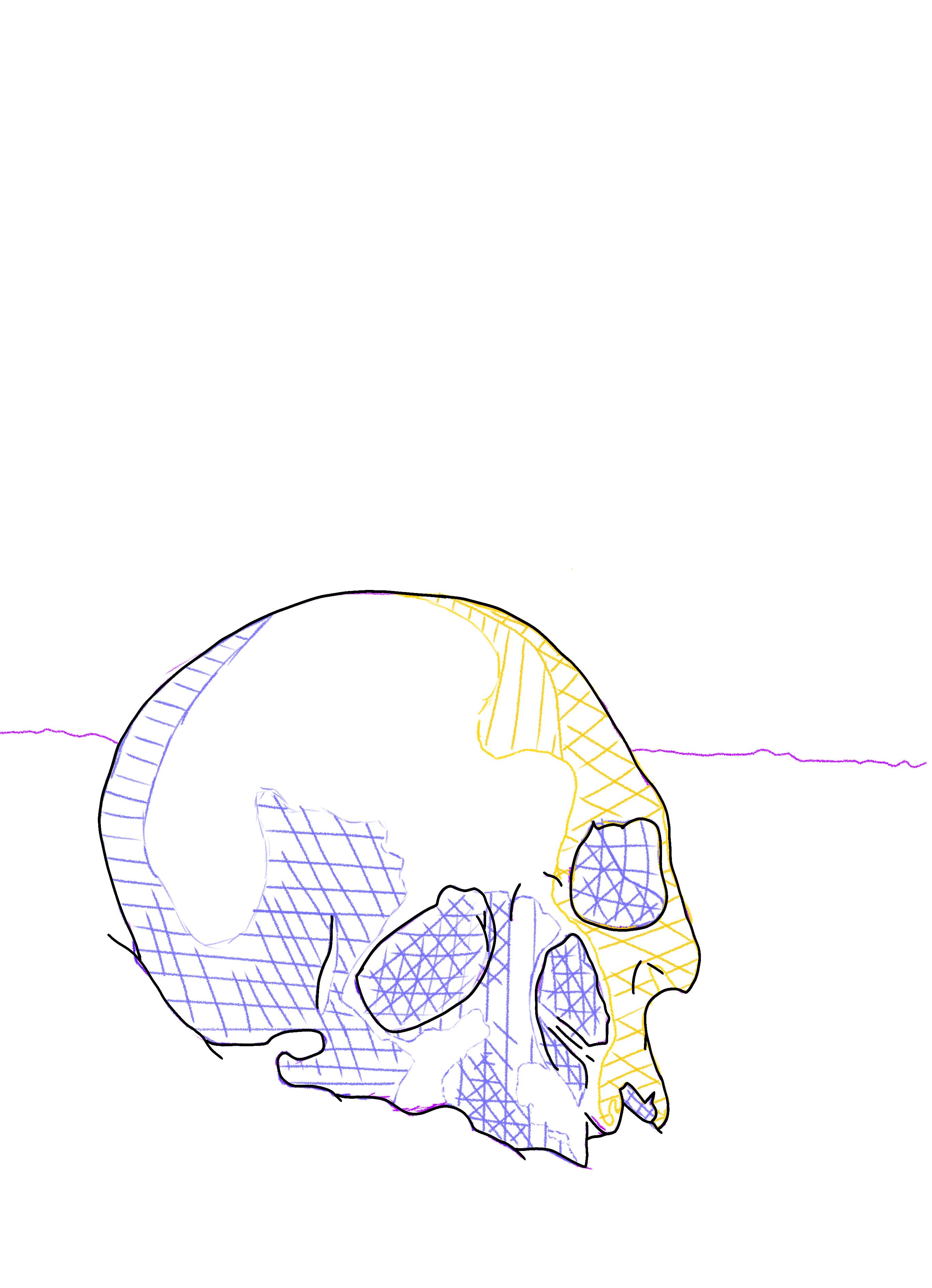 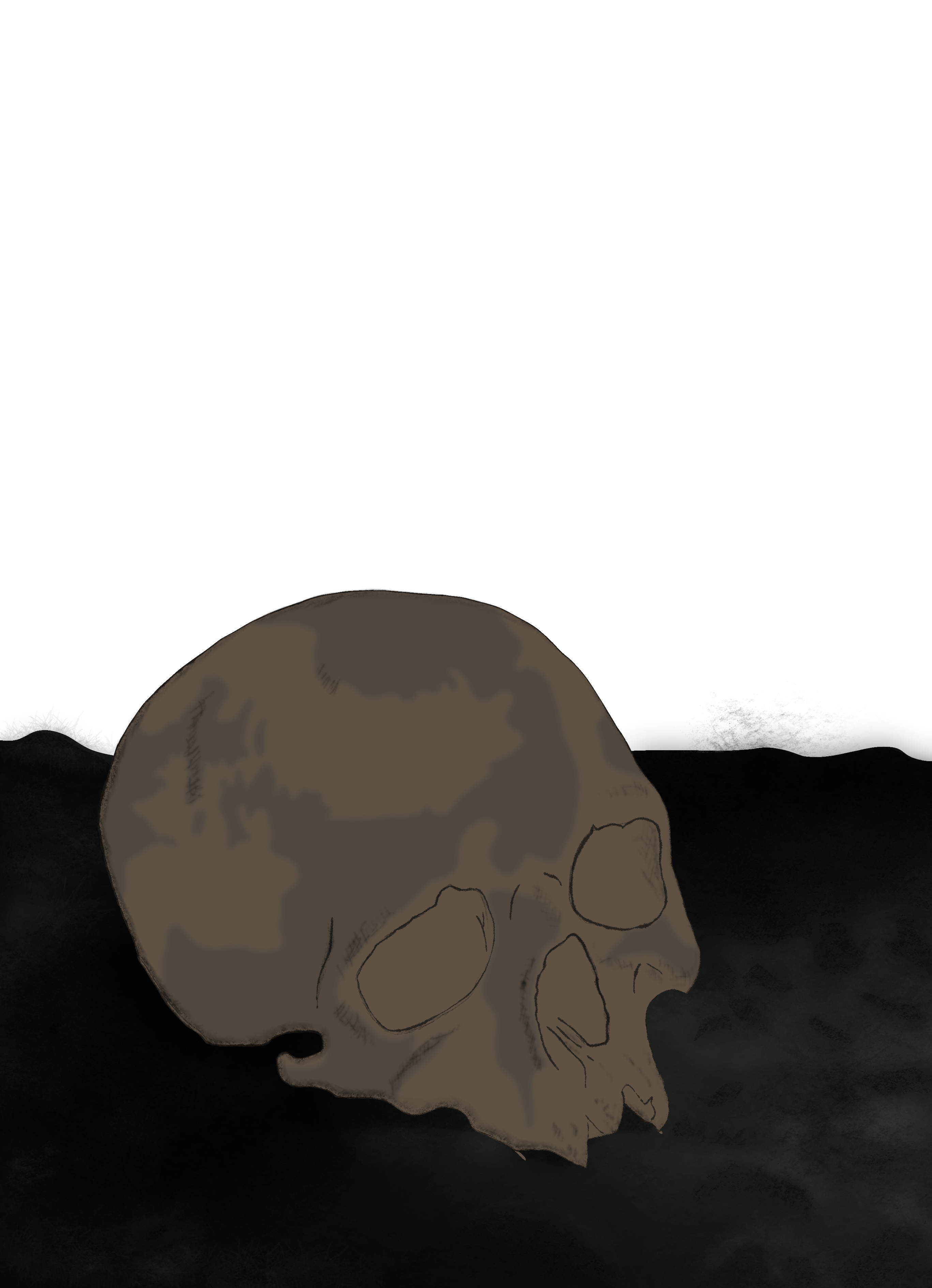 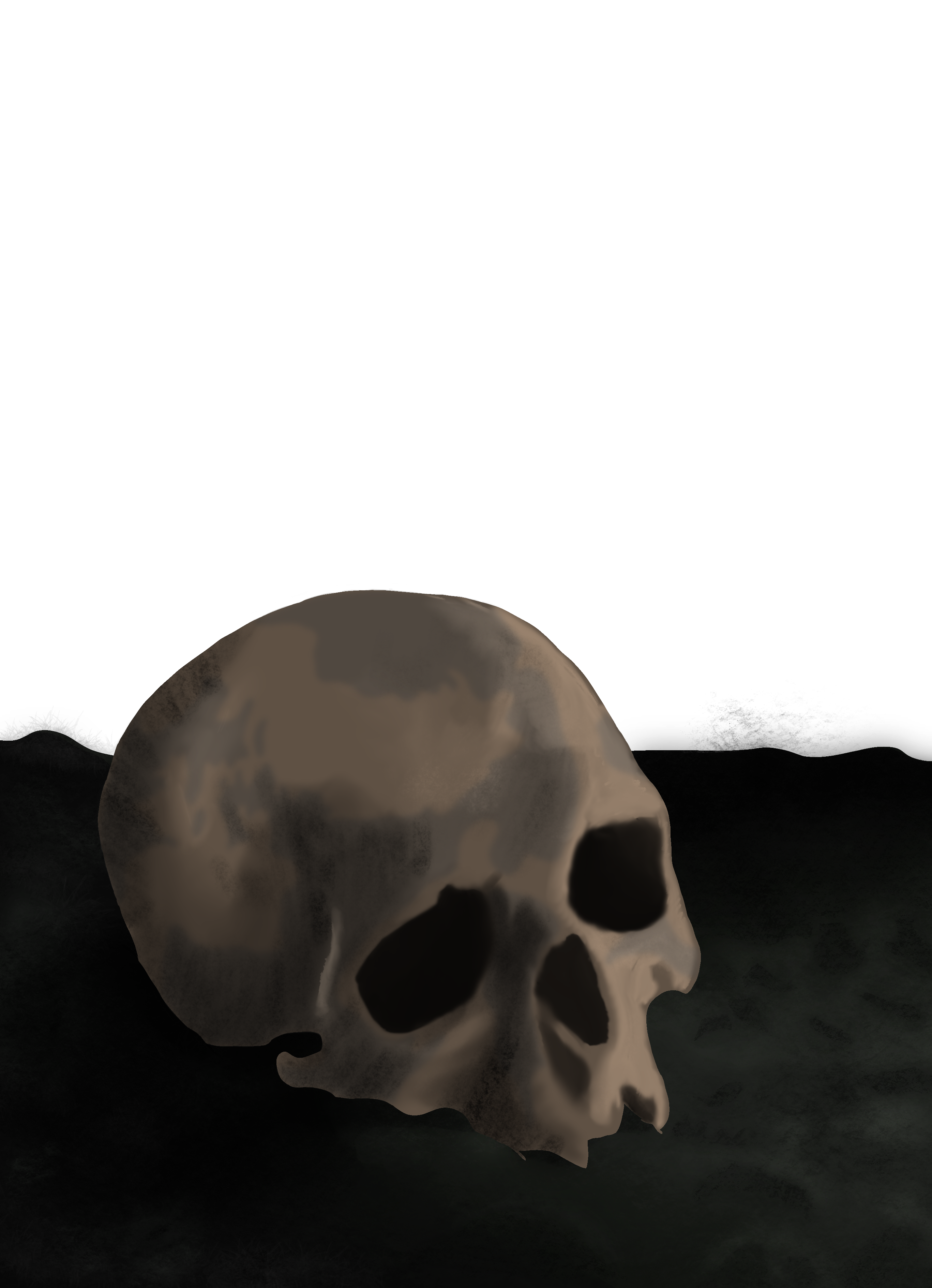 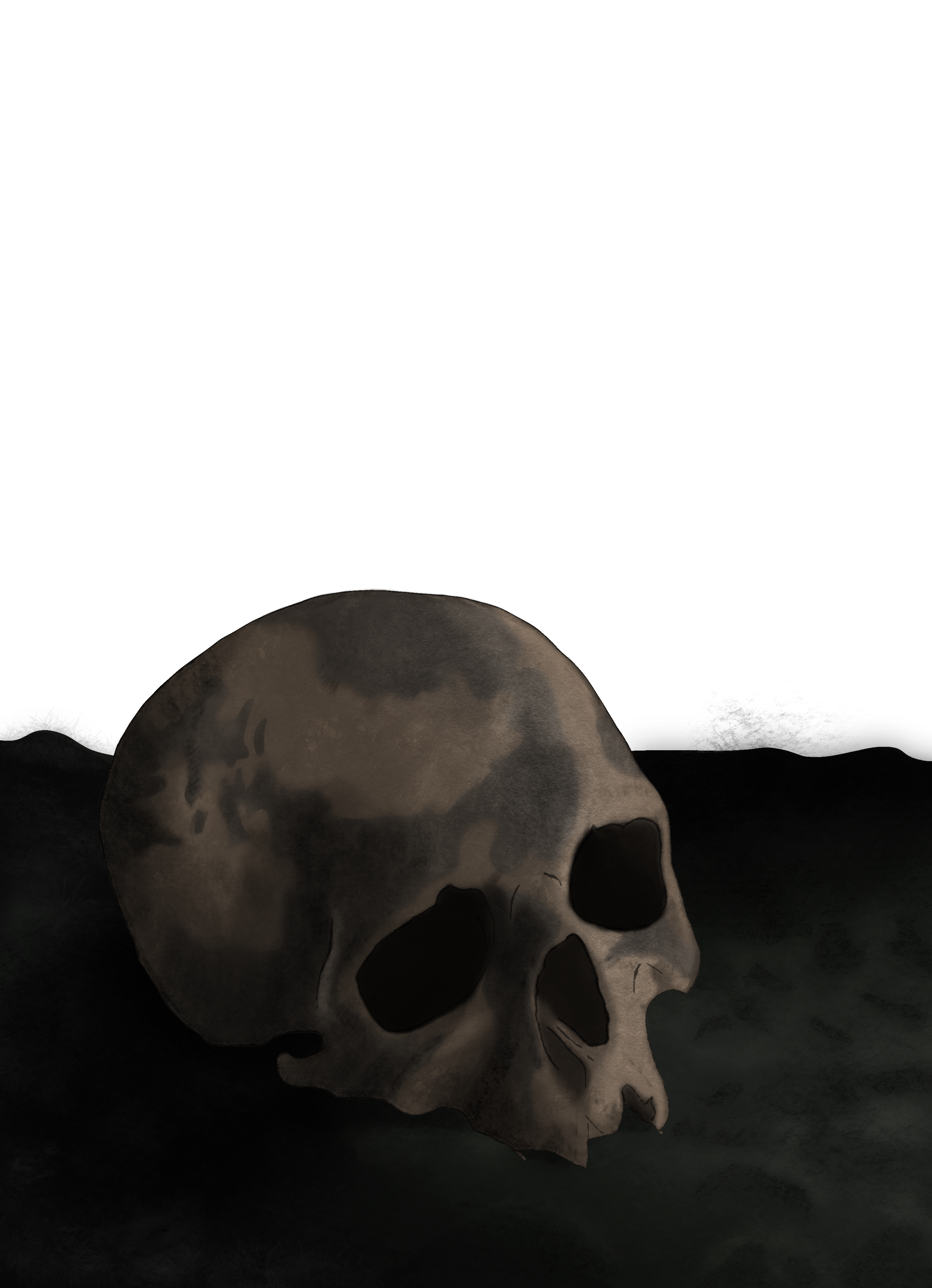 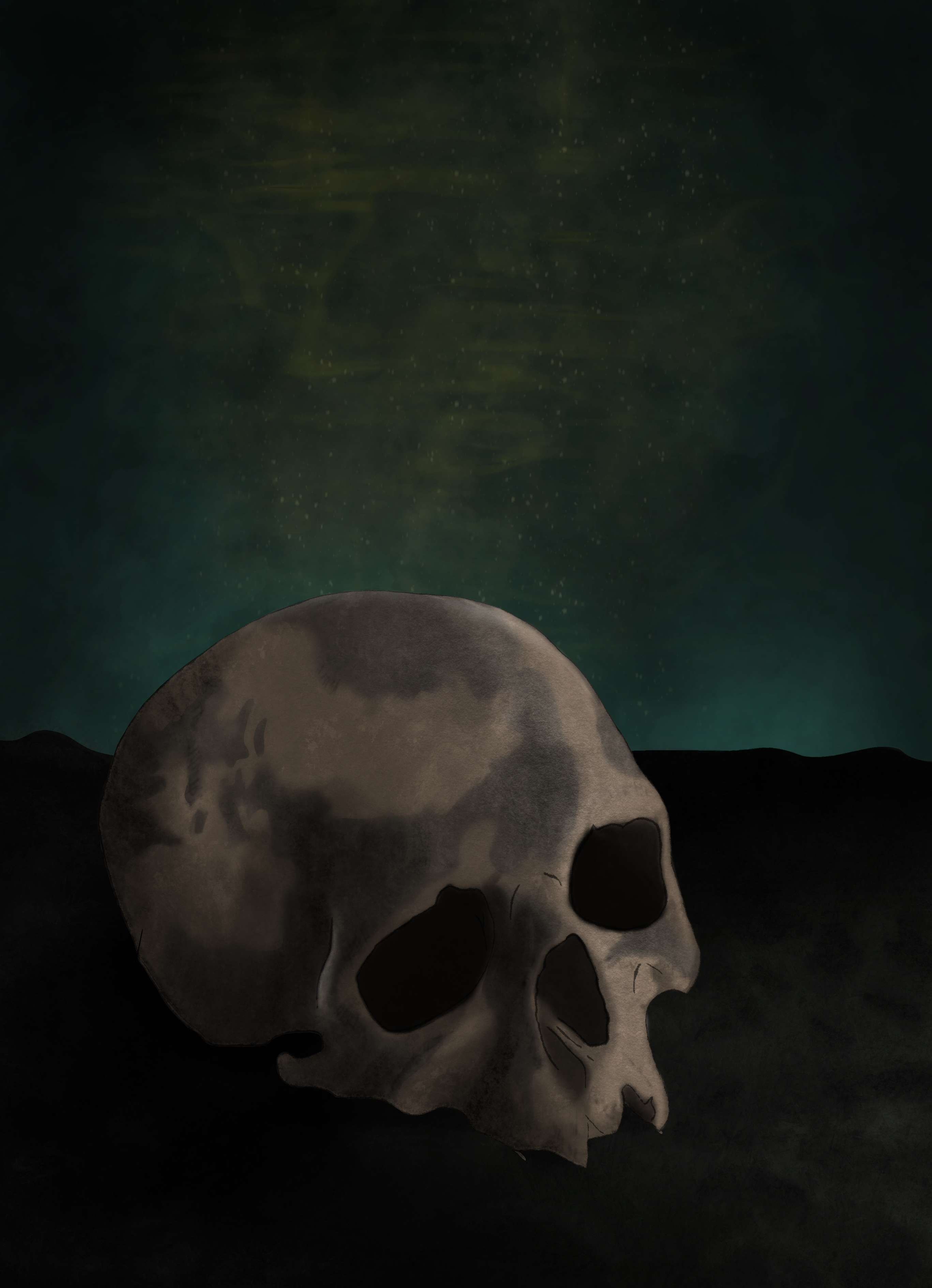 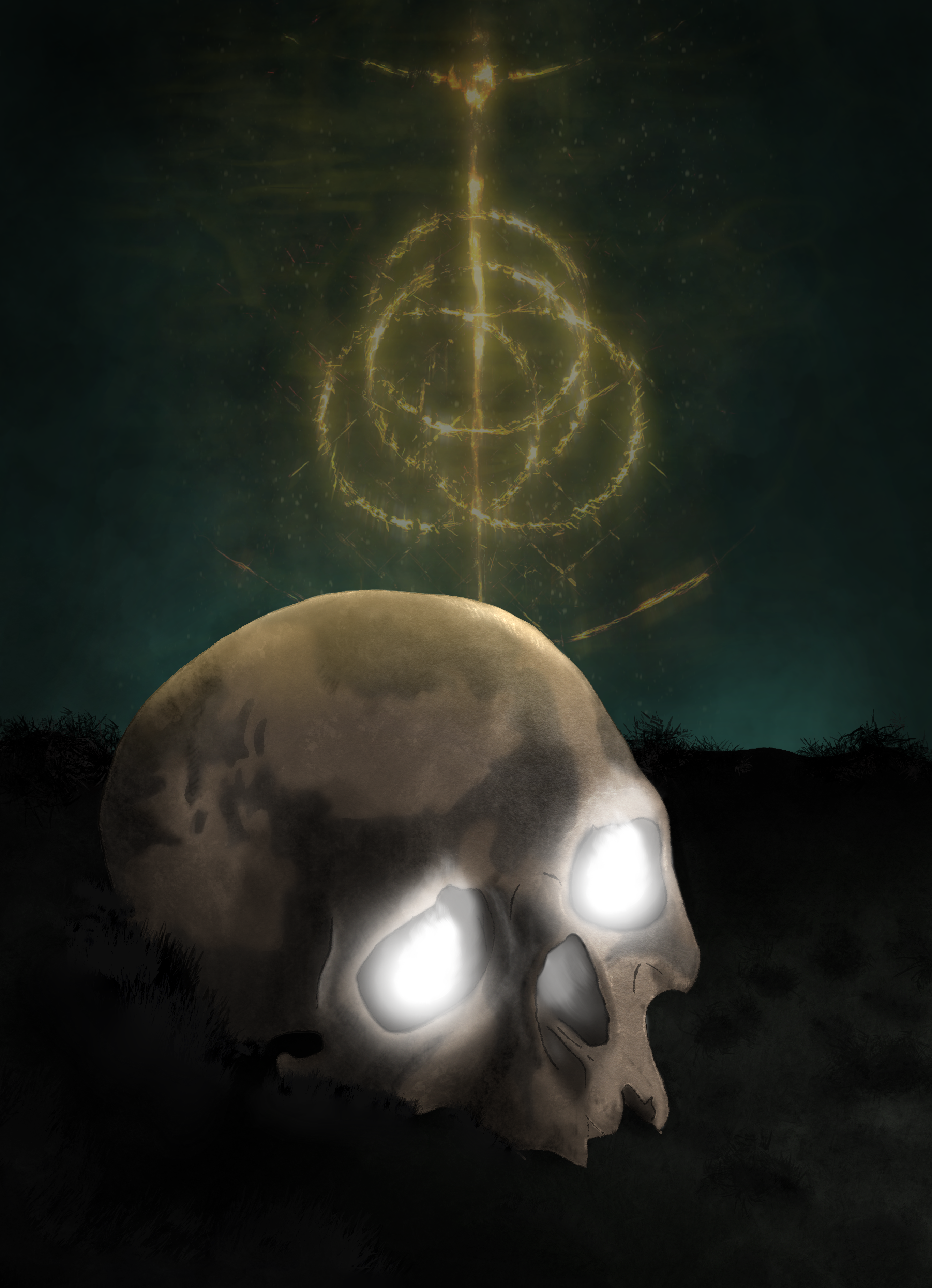 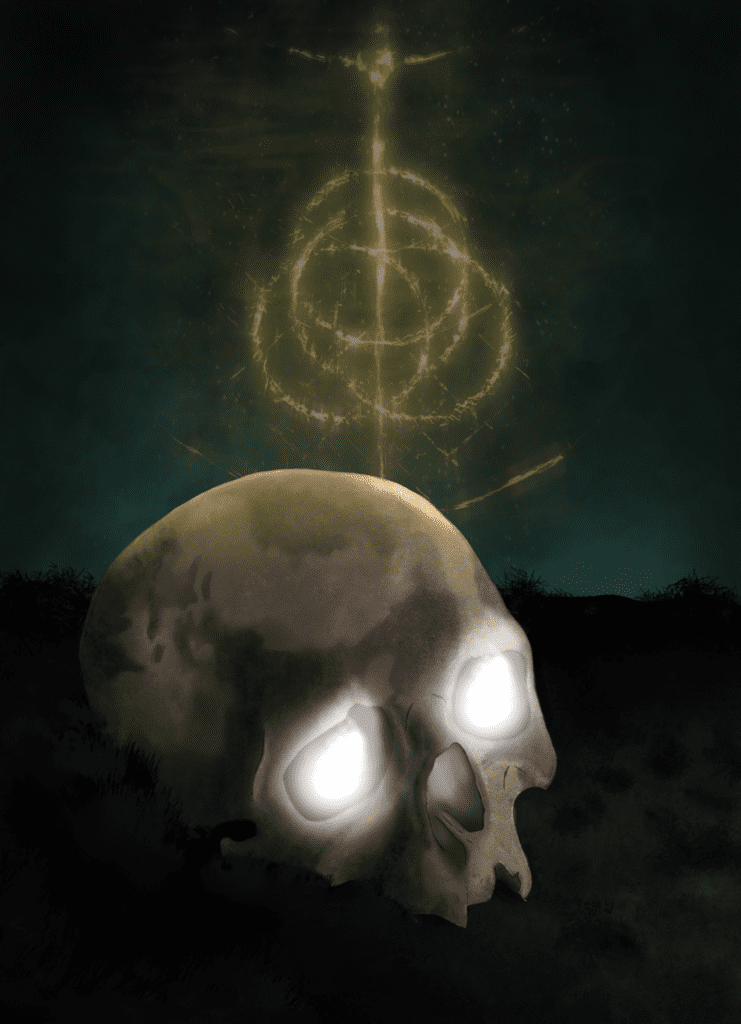