At the start of 2021, I began experimenting with a new style that focused on shading and negative space.

This started with the cyan illustration inspired by Cyberpunk 2077 titled Netrunner in which I essentially only filled in shaded areas and let the negative space take care of the rest, creating the appearance of light and contrast to the primarily dark shapes. I used this same approach when I worked on the black and white image of my partner and our cat Frankie, located below Netrunner in the collage.

The next step was a very similar approach, but incorporating flashes of color on specific elements in the third illustration, entitled Talking ‘Bout A Revolution, also inspired by Cyberpunk 2077.

The last illustration I did in this brief period was a tribute to Daft Punk, which i made on the day they announced their breakup. Instead of shadows, i focused on highlights and reflections in this illustration, given how shiny their signature helmets are. 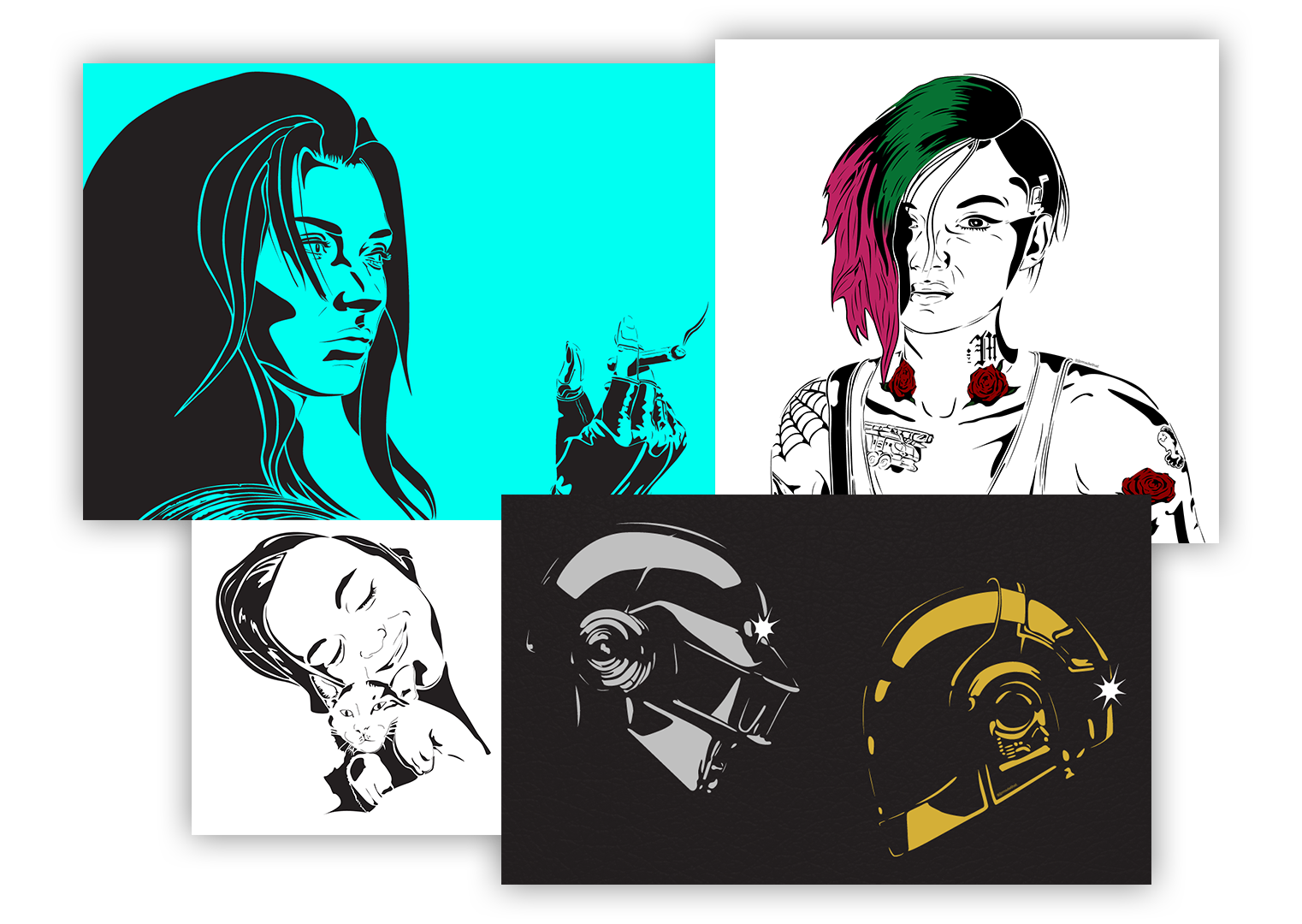 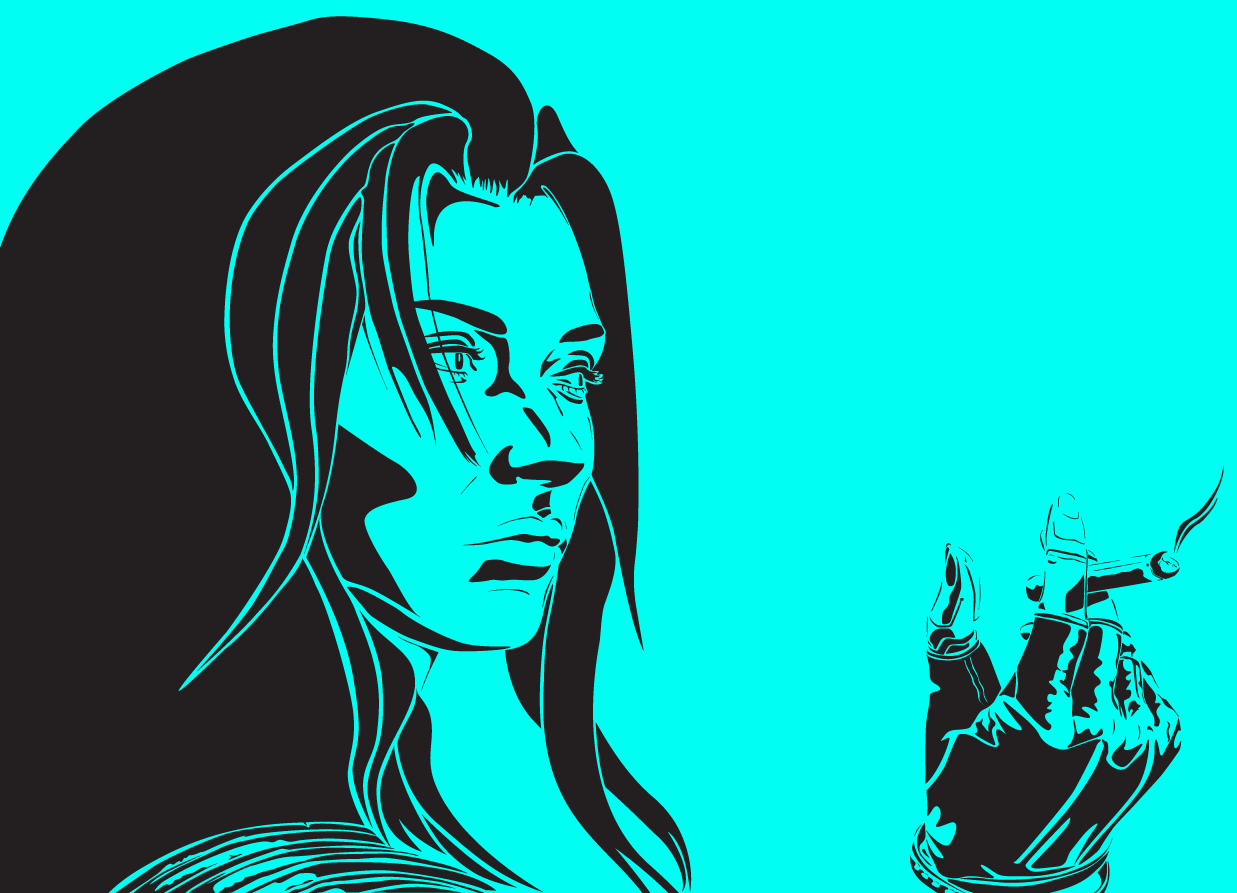 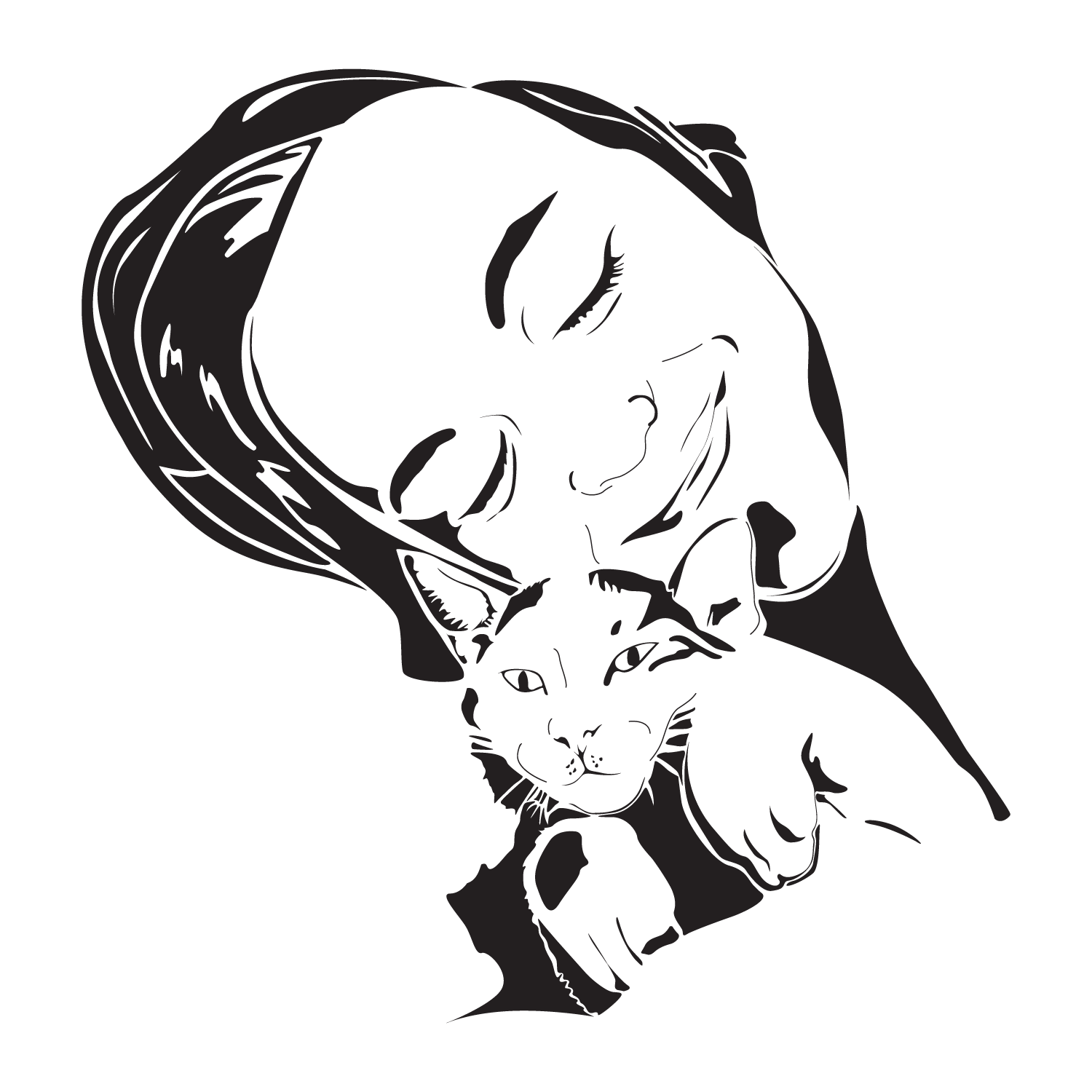 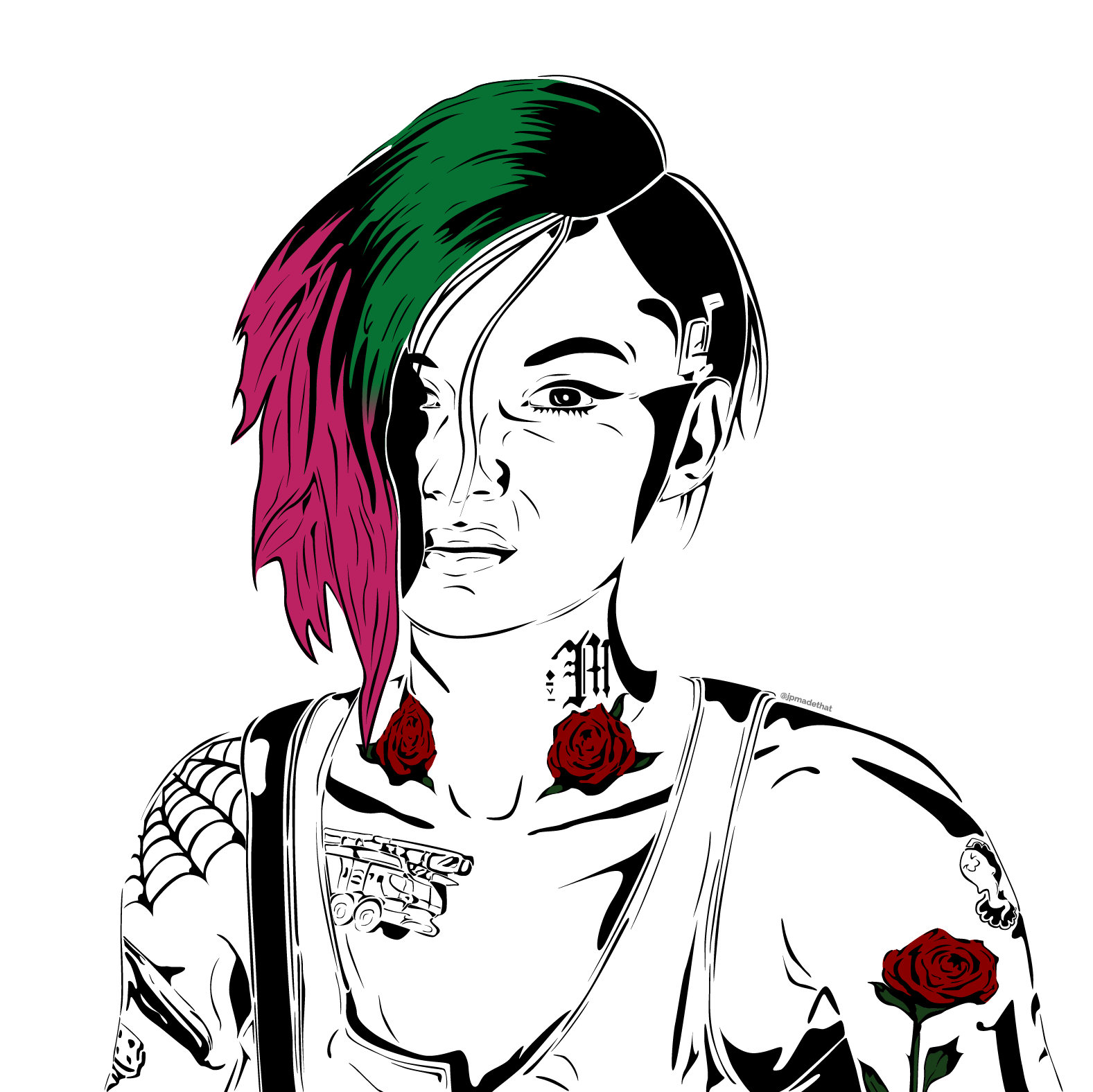 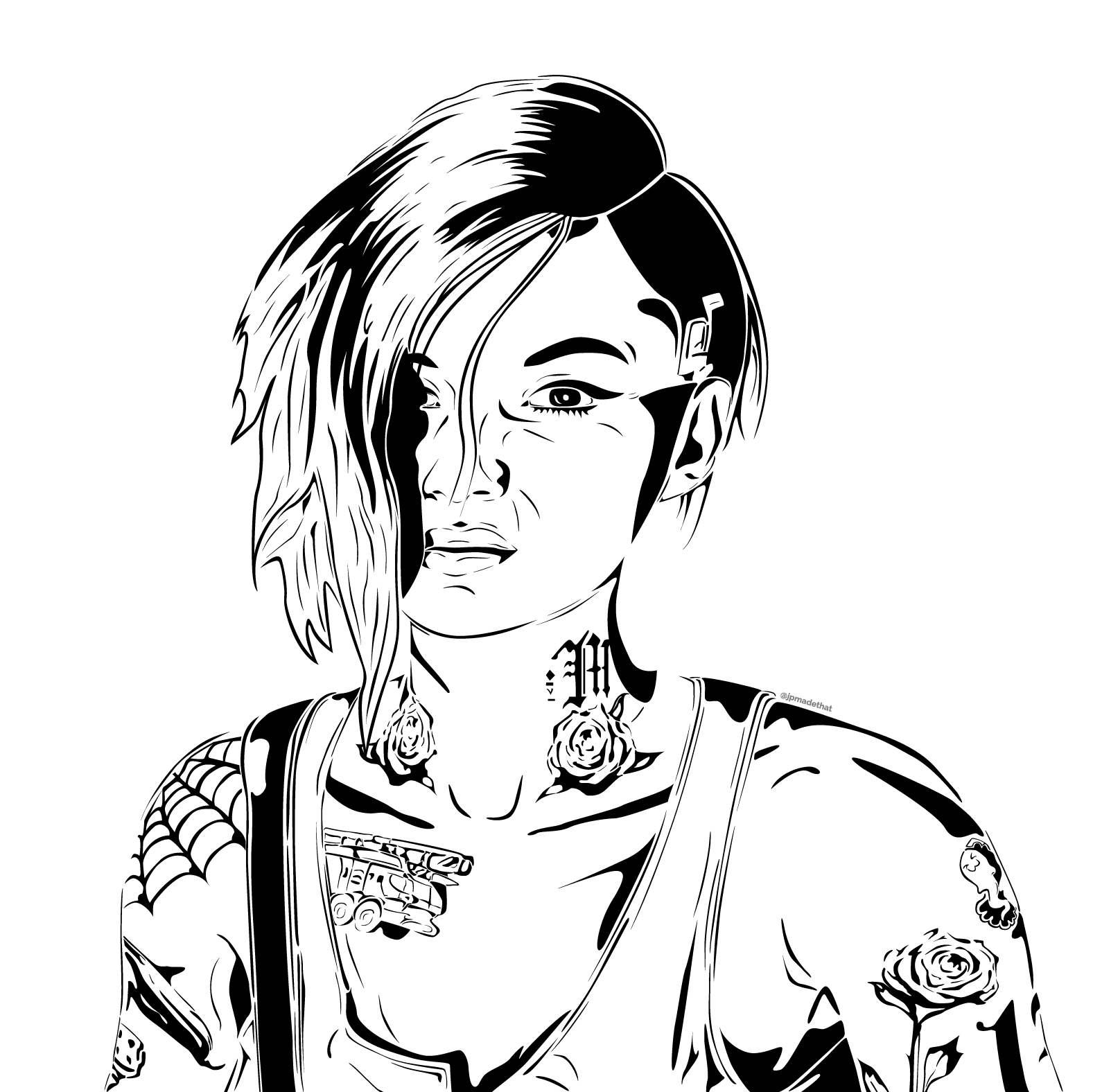 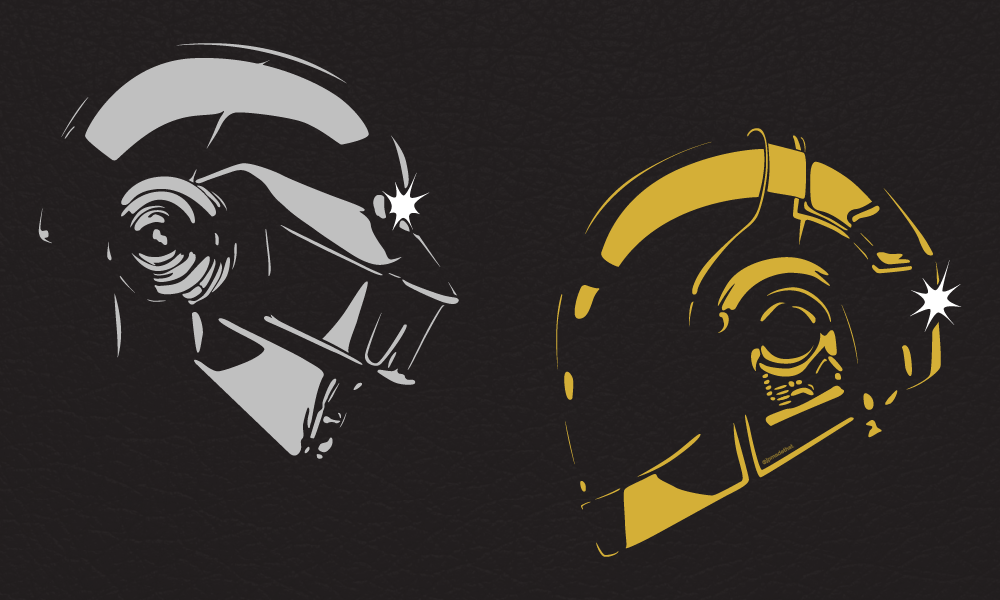